Ugo Rondinone
Hotel Columbia is conveniently situated in the heart of the historic centre of Rome, between the Opera House and the last bastion of the Diocletian Baths. It is within walking distance to Termini, the main railway station where taxis, buses and the subway can be taken to all places of interest. From Hotel Columbia every major monument and tourist attraction is easily reached by a short walk.
Mercati di Traiano, Ugo Rondinone, Vicinanze dell'Hotel Columbia, Hotel Columbia's Neighborhood, What's on in Rome June July August 2016,
18388
post-template-default,single,single-post,postid-18388,single-format-standard,bridge-core-2.8.9,qode-page-transition-enabled,ajax_fade,page_not_loaded,,vertical_menu_enabled,qode-title-hidden,side_area_uncovered_from_content,qode-theme-ver-27.3,qode-theme-bridge,disabled_footer_bottom,qode_header_in_grid,wpb-js-composer js-comp-ver-6.7.0,vc_responsive,elementor-default,elementor-kit-19532,en

Inside the exedra of the Mercati di Traiano, Rondinone presents, for the first time in Italy, notti d’argento, a group of 5 casts of thousand-year-old olive trees, which are still standing in Puglia and in Basilicata, here produced in aluminium and coated in white enamel.

The artist, who wants to pay homage to the original land of his family, whom immigrated to Switzerland from Matera, has conceived of the idea of bringing the monument back to an ancestral era, in a sort of petrified forest similar to those of the prehistoric age. The flora, at once both fossils and contemporary objects, are loaded with a dramatic and expressive dimension, almost epic, suspended between natural and artificial, between history and prehistory 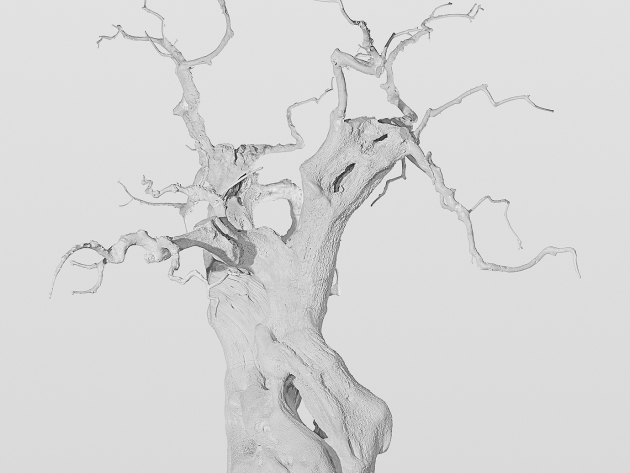