Roman Domus of Palazzo Valentini
Hotel Columbia is conveniently situated in the heart of the historic centre of Rome, between the Opera House and the last bastion of the Diocletian Baths. It is within walking distance to Termini, the main railway station where taxis, buses and the subway can be taken to all places of interest. From Hotel Columbia every major monument and tourist attraction is easily reached by a short walk.
Domus Romane, Roman Domus, Palazzo Valentini, Imperial Rome, virtual reconstructions,
18744
post-template-default,single,single-post,postid-18744,single-format-standard,bridge-core-2.8.9,qode-page-transition-enabled,ajax_fade,page_not_loaded,,vertical_menu_enabled,qode-title-hidden,side_area_uncovered_from_content,qode-theme-ver-27.3,qode-theme-bridge,disabled_footer_bottom,qode_header_in_grid,wpb-js-composer js-comp-ver-6.7.0,vc_responsive,elementor-default,elementor-kit-19532,en

A team of art historians, archaeologists and architects, all working for the Provincial Administration, worked on a project to research, restore and put these excavations on public display. The results are of exceptional significance, revealing an area that was of great importance in Roman times and which can help piece together the ancient, medieval and modern topography of Rome. 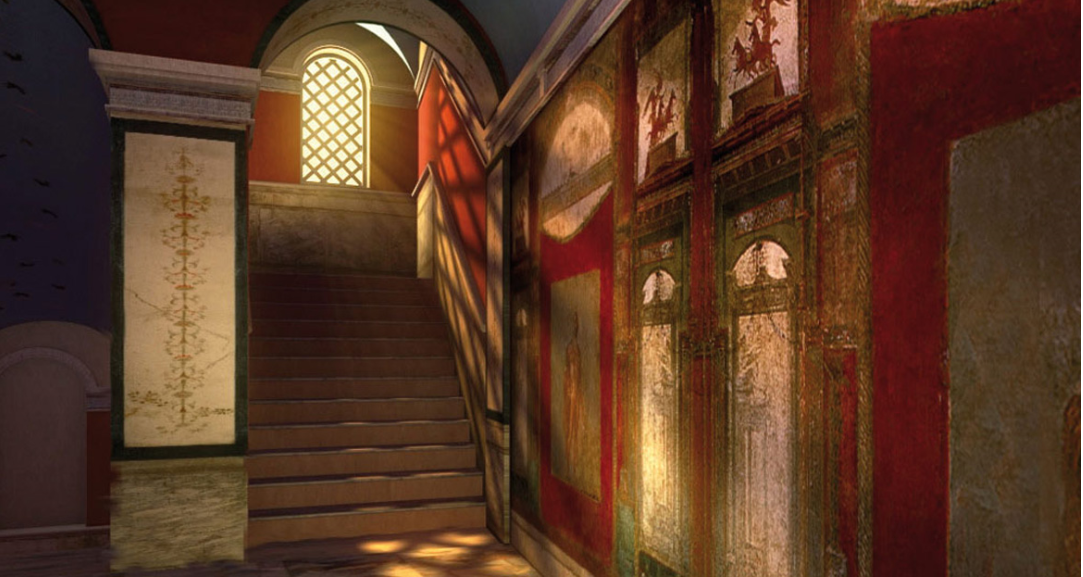 A visit to the fascinating remains of the patrician “Domus” of imperial Rome, belonging to powerful families, with mosaics, wall decorations, polychrome floors, paving blocks, and other remains, has been further enhanced by a project curated by Piero Angela and a team of experts, including Paco Lanciano and Gaetano Capasso, who have recreated the past with virtual reconstructions, graphics and videos. Visitor can see walls, rooms, peristyles, kitchens, baths, furnishings and decorations all come back to life, taking a virtual tour of a great Domus of ancient Rome. A new important sector has been added to the archaeological zone and museum. In the underground area opposite Trajan’s Column, visitors can admire the remains of a monumental public or sacred building: a great concrete platform, walls made of large blocks of travertine and tuff, remains of colossal columns made of single grey Egyptian granite blocks, the biggest to be found in ancient Rome, bricked rooms with vaulted ceilings, dating from the early years of the emperor Hadrian, according to stamps on the bricks. This new area also boasts an exhibition, curated by the same team, which shows you how the area of Trajan’s Column looked at the time of its construction. A working model recreates the buildings as they appeared then, especially the huge Ulpian basilica, which stood right next to the column. A video brings to life the two adjacent buildings, perhaps libraries.

Finally, a virtual reconstruction of the column gives you a close up look at the bas-reliefs and the story they tell of Trajan’s military campaign: the conquest of Dacia, present day Romania. An extraordinary event that ended with the death of King Decebalus and the emperor’s triumph. A unique and magnificent example of how the artistic heritage of antiquity, regenerated by careful and painstaking restoration, can be enhanced with the use of new technologies. 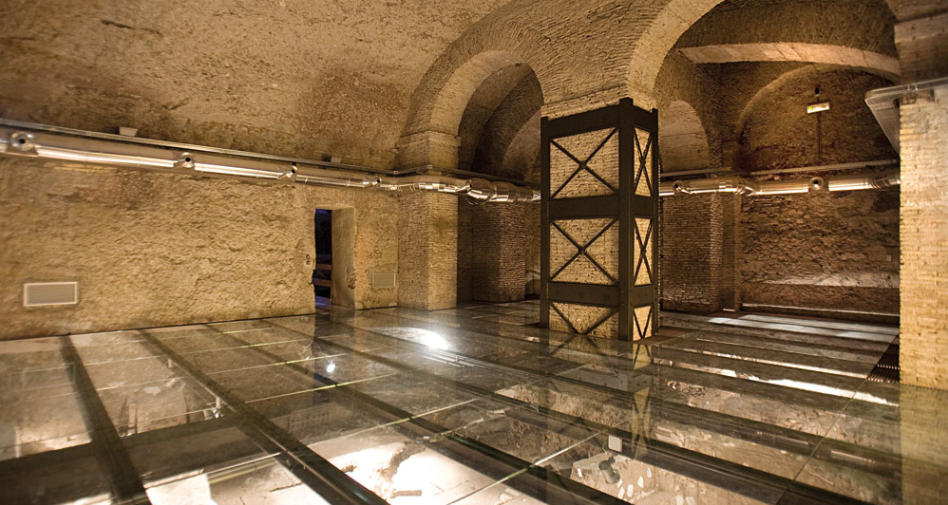 Palazzo Valentini, seat of the Province of Rome since 1873, was commissioned to be built in 1585 by Cardinal Michele Bonelli, a nephew of Pope Pius V. In the seventeenth century it underwent renovation and a series of extensions were added by Cardinal Carlo Bonelli and Michele Ferdinando Bonelli. The building was partially demolished and then rebuilt by Francesco Peparelli for the new owner, Cardinal Renato Imperiali, who but up an important family library (the ‘Imperiali’ library), comprising about 24,000 volumes. In the early eighteenth century, the building was leased to several prominent figures, including the Marquis Francesco Maria Ruspoli, who lived there between 1705 and 1713, using it as a private theatre and offering hospitality to famous musicians of the time, including Georg Friedrich Handel, Alessandro Scarlatti and Arcangelo Corelli. The entire building was then purchased in 1752 by Cardinal Giuseppe Spinelli, who moved the Imperial Library to the ground floor for public use and was often frequented by Johann Joachim Winckelmann. In 1827 the Prussian banker and Consul-General Vincenzo Valentini bought the building, making it his home and giving it its name. 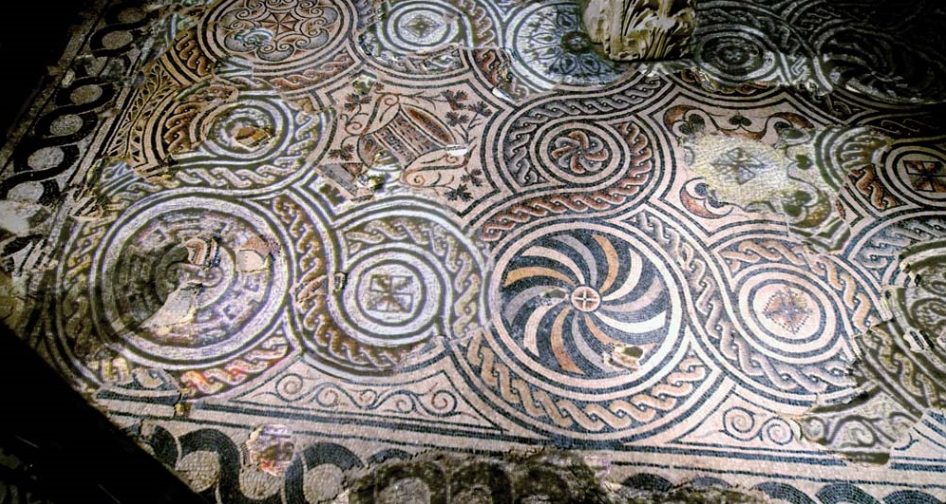 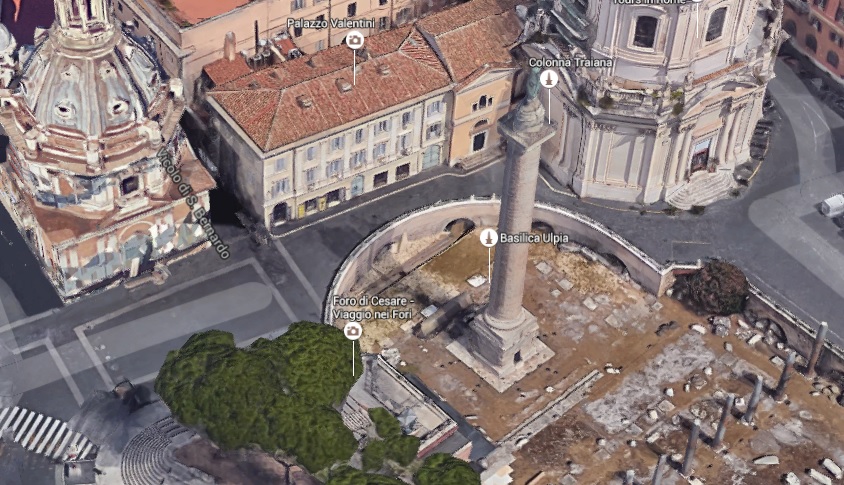