Lionel Richie
Hotel Columbia is conveniently situated in the heart of the historic centre of Rome, between the Opera House and the last bastion of the Diocletian Baths. It is within walking distance to Termini, the main railway station where taxis, buses and the subway can be taken to all places of interest. From Hotel Columbia every major monument and tourist attraction is easily reached by a short walk.
hotel, albergo, rome, roma, center of rome, roma centro, termini, stazione, railway station, turism, turismo, camere, rooms, terrace, terrazzo, ancient rome, roma antica, diocleziano, colosseo, coliseum, booking, teatro dell'opera, monuments, monumenti
17893
post-template-default,single,single-post,postid-17893,single-format-standard,bridge-core-2.8.9,qode-page-transition-enabled,ajax_fade,page_not_loaded,,vertical_menu_enabled,qode-title-hidden,side_area_uncovered_from_content,qode-theme-ver-27.3,qode-theme-bridge,disabled_footer_bottom,qode_header_in_grid,wpb-js-composer js-comp-ver-6.7.0,vc_responsive,elementor-default,elementor-kit-19532,en

Another must-see event in the Teatro dell’Opera “EXTRA” programme. Lionel Richie, the international superstar, returns to Italy in 2016: on the 14th of July he will perform at the breathtaking Terme di Caracalla in Rome.

His concerts are renowned the world over for their party atmosphere, when the audience join in singing: ‘Hello’, ‘Easy’, ‘Dancing on the Ceiling’, ‘Say You Say Me’, ’Three Times a Lady’ and ‘All Night Long”… Not to mention all the other hits in his vast and much loved repertoire going back decades, from his time with the Commodores to the present day.

The concert will celebrate a fantastic last year for Lionel Richie, starting with his sensational performance at Glastonbury in the UK and culminating with his being honoured as the “2016 MusiCares Person of the Year”, the award to be presented by Stevie Wonder and John Legend this coming February.

Lionel Richie has sold more than 100 million albums around the globe during his incredible career and has received many prestigious awards, including several Grammy Awards, various American Music Awards, a Golden Globe and even an Oscar. 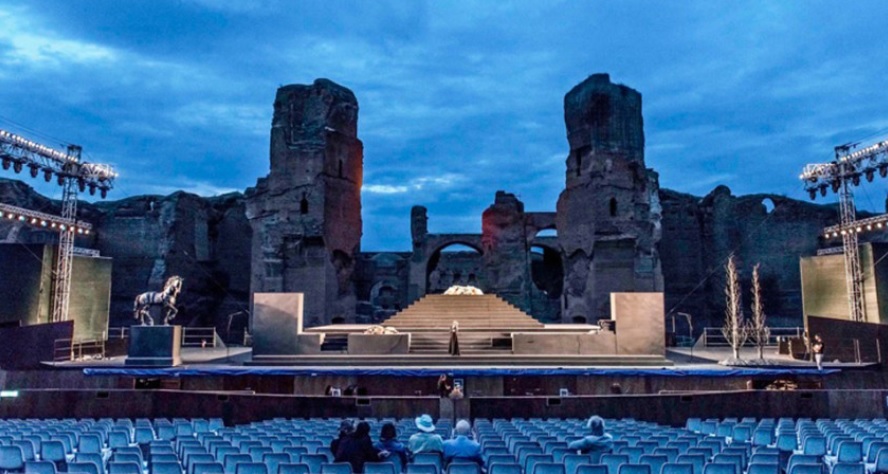