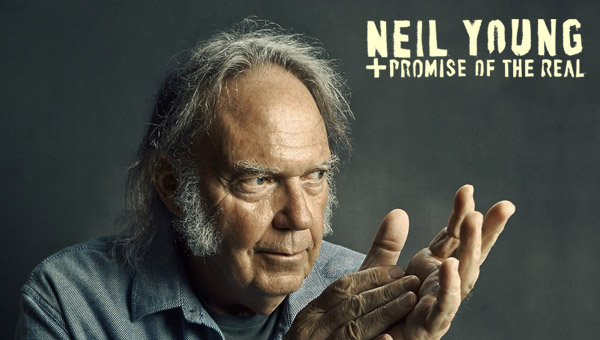 A must-see NEIL YOUNG concert, planned for the 15th of July in the unique surroundings of the Terme di Caracalla. This will be one the SPECIAL EVENTS united by a common denominator: artistic excellence.

So Neil Young – one of the most influential and extrovert international singer/writers of his generation and one of only a few rock veterans to retain the energy and the vitality of his youth – will be on the stage at the ancient Roman baths backed by Promise of The Real, the band headed by Lukas Nelson with Anthony Logerfo, Corey McCormick and Tato Helgor, and with whom Neil Young recorded his most recent album Monsanto Years.

Neil will dig deep into his repertoire, performing several classic pieces not heard in years. “Alabama”, “After the Gold Rush”, “Human Highway”, “My My, Hey Hey (Out of the Blue)” and “Harvest Moon” are just some of the songs that might be dusted off after decades in the attic.