Santa Maria Antiqua reopens to Public
Hotel Columbia is conveniently situated in the heart of the historic centre of Rome, between the Opera House and the last bastion of the Diocletian Baths. It is within walking distance to Termini, the main railway station where taxis, buses and the subway can be taken to all places of interest. From Hotel Columbia every major monument and tourist attraction is easily reached by a short walk.
Santa Maria Antiqua, Foro Romano, Roman Forum, Hotel Columbia neighborhood,
17199
post-template-default,single,single-post,postid-17199,single-format-standard,bridge-core-2.8.9,qode-page-transition-enabled,ajax_fade,page_not_loaded,,vertical_menu_enabled,qode-title-hidden,side_area_uncovered_from_content,qode-theme-ver-27.3,qode-theme-bridge,disabled_footer_bottom,qode_header_in_grid,wpb-js-composer js-comp-ver-6.7.0,vc_responsive,elementor-default,elementor-kit-19532,en

Built in the middle of the 5th century on the north-western slope of the Palatine Hill, Santa Maria Antiqua is the earliest and most significant Christian monument within the Roman Forum. The church contains a unique collection of wall paintings from the 6th to late 8th century. The church was abandoned in the 9th century after an earthquake buried the buildings; it remained sealed for over 1000 years until its rediscovery in the early 20th century. Therefore, Santa Maria Antiqua represents a key element for the understanding of the cultural and urban development of the Roman Forum from Antiquity into the first centuries of the Christian period. From 1980 to 2016 the monument was closed to the general public. Following a conservation program carried out by the Soprintendenza per il Patrimonio Storico in partnership with World Monuments Fund, the church is now open for tours.

Santa Maria Antiqua is part of the Foro Romano e Palatino archaeological site which requires a ticket purchase in order to get access inside.

Thanks to centuries of sealing off, its walls showcase a cycle of beautiful colourful frescoes depicting the Virgin Mary and Infant Jesus, popes, saints, and martyrs, thus forming one of the largest and most important collections of pre-iconoclastic Roman and Byzantine art in the world.

Pope John VII used this church in the early 8th century as the seat of the bishop of Rome. 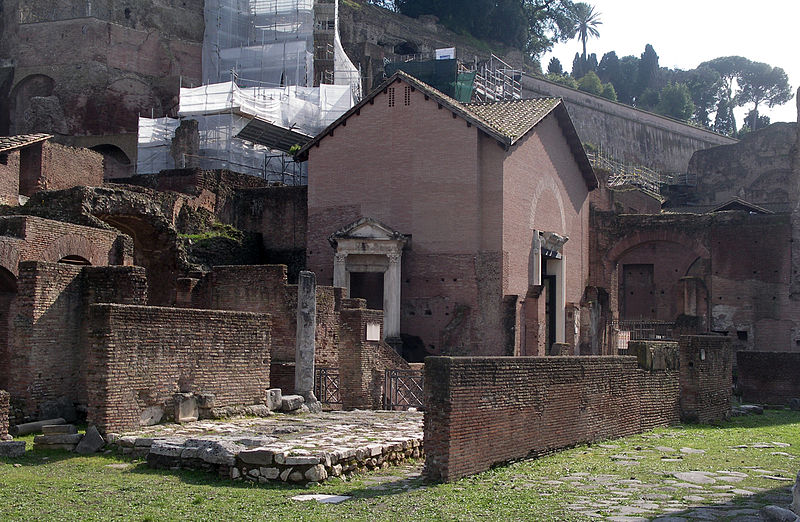