Picasso. Between Cubism and Classicism at the Scuderie del Quirinale
Hotel Columbia is conveniently situated in the heart of the historic centre of Rome, between the Opera House and the last bastion of the Diocletian Baths. It is within walking distance to Termini, the main railway station where taxis, buses and the subway can be taken to all places of interest. From Hotel Columbia every major monument and tourist attraction is easily reached by a short walk.
Rome, Exhibitions, Picasso, Scuderie del Quirinale, January 2018
18747
post-template-default,single,single-post,postid-18747,single-format-standard,bridge-core-2.8.9,qode-page-transition-enabled,ajax_fade,page_not_loaded,,vertical_menu_enabled,qode-title-hidden,side_area_uncovered_from_content,qode-theme-ver-27.3,qode-theme-bridge,disabled_footer_bottom,qode_header_in_grid,wpb-js-composer js-comp-ver-6.7.0,vc_responsive,elementor-default,elementor-kit-19532,en

15 Sep Picasso. Between Cubism and Classicism at the Scuderie del Quirinale

From a distance of a hundred years, the exhibition will retrace Picasso’s 1917 trip to Rome and Naples following Sergei Diaghilev’s company Ballets Russes with poet Jean Cocteau and musician Igor Stravinsky. This was the trip during which Picasso met and fell in love with Olga Khokhlova, the first dancer in the company and his first wife.

In addition to those few but decisive weeks spent in Italy – critical in the development of Picasso’s post-war art – the exhibition examines his work immediately following his time there, casting light on his exceptional capacity for experimenting with different styles, from the joyful decorativism of collage-inspired works to the stylized realism of the paintings from the so-called Diaghilev years, from his still lifes with their Cubist leanings to the antiquity-inspired portraits with their solemnity evocative of the classical world.

The exhibition includes extraordinary masterpieces generously loaned from the most prestigious museums in the world, from the Musée Picasso in Paris – a partner in the project – to the MoMa in New York, the Tate in London, the Museu Picasso in Barcellona, the Guggenheim in New York, the Thyssen in Madrid, the Cleveland Museum of Art, the Bridgestone in Tokyo, the Berggruen Museum in Berlin and the Fondation Beyeler in Basil.

Because of its monumental dimensions (10 x 16 metres), the immense stage curtain Picasso painted for the ballet Parade in 1917, on loan from the Centre Pompidou in Paris, cannot be displayed in the Scuderie del Quirinale. It is presented under the vault frescoed by Pietro da Cortona in the Salone of Palazzo Barberini, part of the Gallerie Nazionali di Arte Antica museum network. 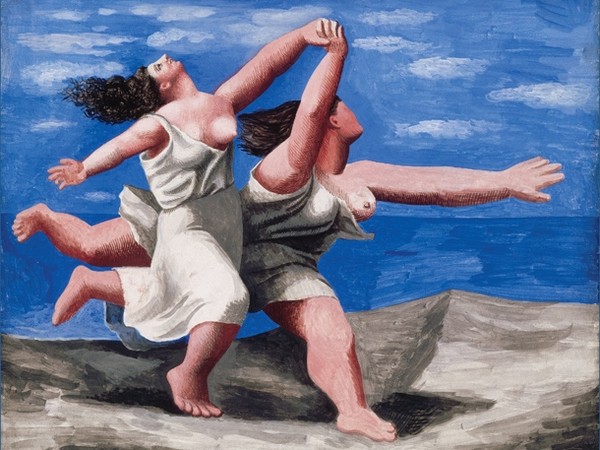