Posted at 20:05h in Art, Blog, Exhibitions by patrizia
Share 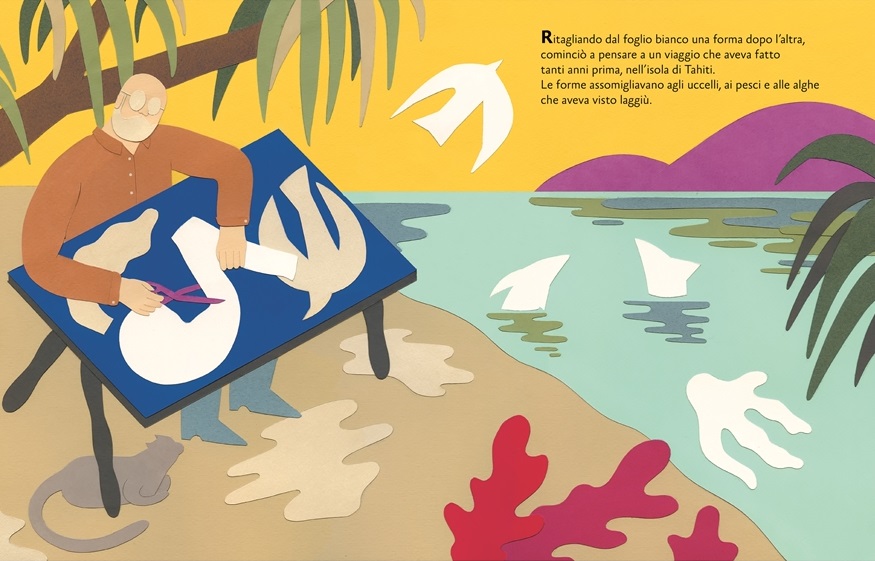 From March 5th to May 22nd, 2016
Sunday, Tuesday, Wednesday, Thursday from 10:00am to 8:00pm
Friday and Saturday from 10:00am to 10:30pm
Closed on Monday
Monday 25 April, Festa della Liberazione, the Palazzo delle Esposizioni will be extraordinarily open from 10.00am to 8.00pm.
Last admission one hour before closing time

The idea for this exhibition came from a book, a precious book which, in turn, was prompted by the work of an artist, Henri Matisse, interpreted with a light and subtle touch by Samantha Friedman, with collages by Italian illustrator Cristina Amodeo.

Matisse’s story takes on a feathery lightness, making you want to play the associations game and to recompose the great French painter’s simple shapes and colours. Page by page we watch as the creative process takes shape, discovering that a simple paper cut-out really can turn into anything we like, even a beautiful garden.

Matisse’s Garden comes to Italy from New York as the result of a joint venture launched by the MoMA-Museum of Modern Art and the Fatatrac publishing house, with Cristina Amodeo’s original illustrations and with reproductions of Matisse’s masterpieces at the Palazzo delle Esposizioni in Rome, which has always shown a special interest in international art publishing for children thanks to the collection on its Art Bookshelf.

The book, published to coincide with the exhibition on Henri Matisse: the Cut Outs, is the first in a new venture by the MoMA involving the publication of an album for every major exhibition associated with its collection and the dissemination of new titles in other countries in conjunction with various local publishing houses. The publishing house for Italy is Fatatrac – Edizioni del Borgo.

Henry Matisse (1869–1954), one of the 20th century’s greatest artists, was associated with the Fauves tendency, so named for its members’ approach to the use of colour and texture in their painting. Matisse’s work is renowned for the way in which he exploited colour to the full, eventually setting aside the paintbrush and producing intense collages with scissors alone.

Samantha Friedman is an assistant curator at the MoMA in New York. She has recently curated exhibitions on Henri Matisse: The Cut-Outs, Van Gogh, Dalí and Beyond: The World Reimagined and numerous others. In addition to the album on Matisse’s Garden, she has also written several essays and entries for MoMA catalogues.

Cristina Amodeo works as free-lance graphic designer and illustrator in Milan. She is the co-author of Matisse’s Garden and has also written Dogs and Chairs: Designer Pairs (Thames & Hudson). She uses full, harmonious colours to produce her collages. She is currently working on a paper doll book for the Victoria & Albert Museum in London. 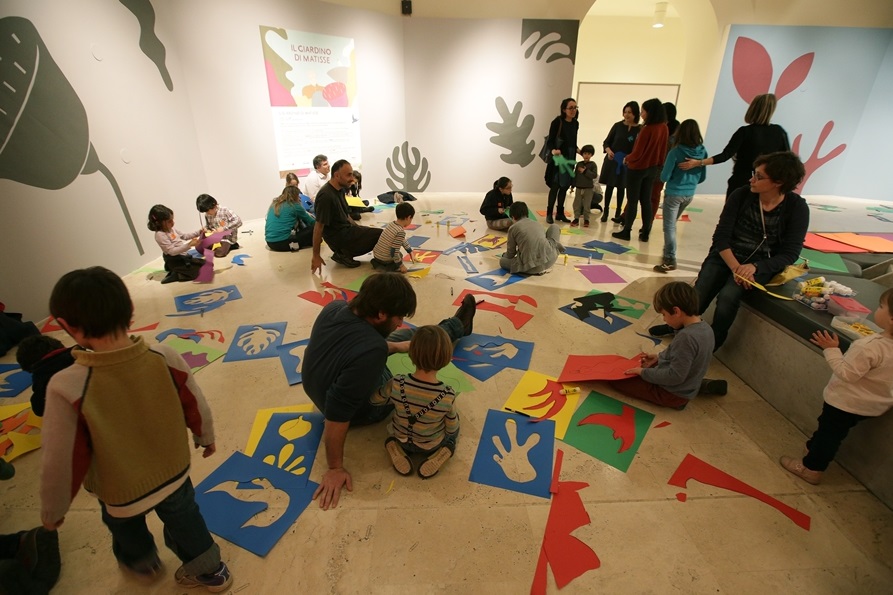